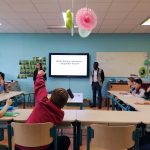 
November and December 2015 brought our Ugandan co-founder & trainer Ronald Okello to the Netherlands! Ronald spent two months learning more about helping students with learning challenges. His thoughts & experiences: “The purpose of this trip was to give me a first hand experience in how parents, teachers and students of different primary and secondary schools deal with… 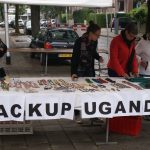 
The Africa Festival in Nijmegen gave us the chance to present Backup Uganda to an Africa-loving crowd in June 2015. Our small organization got to display merchandise on a very large stand. Besides selling some items, we were able to promote our goals and our strategies to achieve them. 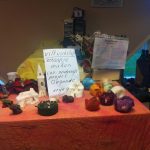 
Every year, the farm Schellerhoeve in Zwolle hosts a winter party. The entire farm fills up with stands displaying all kinds of crafts. Roelinka Weigand was present during the winter of 2014, showing and selling her handmade felt products. She decided to donate all proceeds of her stand to Backup Uganda. 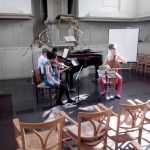 
September 21, 2014 was a special day. Our treasurer and secretary celebrated his 30th wedding anniversary. Since Jan and his wife Alie – also known as Annemaaike’s parents – are both professional musicians, they decided to host a celebratory concert. Instead of gifts, they requested for donations for Backup Uganda. 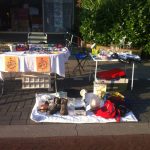 
On August 23, 2014, we represented Backup Uganda at our own stand at the Pompdagen market in Heino, selling some of our own ‘vintage’ collection. Although rain made people a little less excited to pass by, some nice items were sold even before the market started. On an extremely sunny 22nd of August, 2015, we brought our merchandise…

Sign up to receive news, updates and ways to get involved.

Last week we had our first Backup on Tour sessions

A child who has dyscalculia struggles with subject

“How can I help my child who is always forgettin

Finally we have #BackupOnWheels & on the road! We

Tomorrow, we will be live on air to launch our #OD

“I wish you would expand your workshops to other

We take a keen interest in the professionals who f